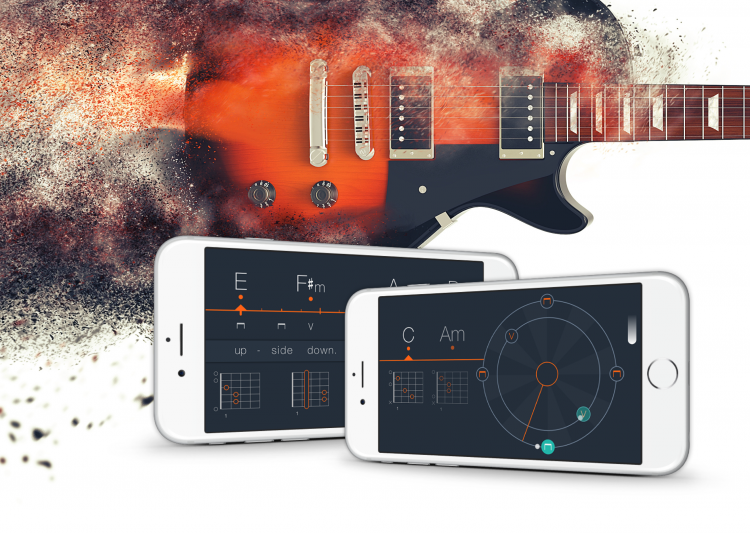 The company, which has received seed financing from an international group of business angels, Ebner Publishing Group and London-based Passion Capital, is developing unique mobile apps for music instrument learning. Their mobile app is different from all other music education apps in that it actually listens to a user’s playing, gives meaningful feedback and motivates the user with daily tasks and goals: Uberchord not only tells users and students how to press the right strings, but literally teaches them how to play music – like having a personal tutor in your pocket!

The company’s patented and pioneering audio recognition technology is completely unique: Rather than simply detecting whether a chord is right or wrong it can identify the individual notes within a chord being played precisely enough to give players meaningful, accurate and instantaneous feedback on their performance. Uberchord’s ChordSense(TM) technology “listens” to the player through the iPhone’s microphone and analyses the audio in real-time on the phone itself. The precision of the technology allows the app to gain a detailed understanding of exactly what mistakes the user might be making. That in turn allows the app to provide detailed feedback, showing not only whether the player has done something wrong, but even specifically details which fingers might be in the wrong position.

Building on their current position Uberchord are now expanding their guitar chord trainer app into a personalized guitar learning platform, across web and mobile, to truly bring music education into the 21st century. Towards that goal, the company is announcing today a new partnership with Universal Music Publishing Group, which enables Uberchord to feature high quality chords, rhythm and lyrics for all songs from the extensive Universal catalog on their website and as fully interactive courses in the upcoming version of their mobile app. Official release will be on November, 17th (https://itunes.apple.com/app/id952669753). The new app also features the world’s first dedicated rhythm trainer for guitar giving instant feedback on strumming.

As co-founder Eckart Burgwedel explains “The Universal deal allows us to fill our in-app learning content and our upcoming music platform with popular songs from the Universal Music catalog which includes Metallica, Elton John and Jack Johnson among thousands more. We could not be more thrilled to be working with such an esteemed partner to fulfil our vision.”

The accompanying music platform will go live shortly and Uberchord is looking forward to announcing further partnerships in the coming months to keep enhancing their users’ learning experiences. 85% of people who try to learn how to play a musical instrument give up and quit within the first year, and Uberchord is hoping to change that for the better. Commercially the music learning market is worth more than $12 billion globally and the company’s leading technology and best-in-class partners positions it to service future players better than any other service.

Uberchord was founded in 2014 by partners Eckart Burgwedel, Simon Barkow-Oesterreicher and Martin Polak. What started as the world’s leading guitar chord app has slowly grown into a personalized music platform, and one which lies at the frontier of music education technology. The app is frequently featured by Apple in the iOS Store and boasts a 4.8/5 rating, aggregated from more than 1,000 reviews.